Tiffany Tavarez is a relationship-focused leader with experience in project management, philanthropy and program development with expertise in building and strengthening partnerships. She is currently the Corporate Contributions Manager for PECO. She is part of a dynamic team that manages over $5million in corporate contributions and sponsorships to over 300 organizations that work in arts & culture, education, environment and community development in the Philadelphia five-county region. She most recently worked with the Comcast Corporation’s Community Investment team managing key local and national partnerships. Tiffany’s past experience includes working as development manager for First Person Arts; former Assistant Director of Development and Alumni Affairs of Temple University’s College of Education, and Program Assistant for the Philadelphia Exhibitions Initiative and the Pew Fellowships in the Arts, both part of the Pew Center for Arts and Heritage.

She was named one of the top 55 “Connectors & Keepers” in the city by LEADERSHIP Philadelphia. The Keepers program is a two year civic engagement process designed to recognize, empower, connect, and retain the City’s young talent. She was also featured in 30 Over 30 of Philadelphia’s Most Inspiring Women by online magazine, Femme & Fortune. United Way of Greater Philadelphia and Southern New Jersey presented her with the 2014-2015 Employee Campaign Chair of the Year Award for her exceptional planning and execution skills of Exelon Pennsylvania’s annual employee giving campaign. Last year, she received the Philadelphia Business Journal’s 2015 Minority Business Leader Award and IMPACTO’s 2015 Most Influential Latinos in the Delaware Valley Award. Most recently, Philadelphia City Council, in partnership with the African American Children’s Book Fair, recognized her leadership in support of work with community-based organizations that champion reading and literacy. The Proclamation was sponsored by Blondell Reynolds-Brown.

She currently serves as on the Board of Directors of the Philadelphia Mural Arts Program; Board of Directors, and Chair of the Innovation Committee, for PHLDiversity (PHLCVB); Vice President, Board of Directors for Second State Press; Secretary, Board of Trustees for the Union Benevolent Association as well as member of the Temple Contemporary Advisory Council.

She moved to Philadelphia in 2000 to pursue her BFA from Tyler School of Art at Temple University. She was also the first person to receive a full-tuition scholarship for the visual arts at Temple. She earned her MA from the University of the Arts.

Mary Tasillo is co-founder and director of The Soapbox: Community Print Shop & Zine Library. An accidental arts administrator, Mary’s background is as  a paper, print, and book artist, community arts activist, and educator. Her teaching experience includes papermaking, letterpress, and WPA Poster workshops at Fleisher Art Memorial, Naropa University, and the University of the Arts, as well as teaching at The Soapbox. She also works as Outreach Coordinator for Hand Papermaking, Inc., and has organized conferences, panels, and events, as well as worked as a Gallery Director and Office Manager. She earned her MFA in Book Arts/Printmaking from The University of the Arts in 2006. Her artwork can be seen at www.citizenhydra.net andwww.bookbombs.net. More information about The Soapbox is viewable at www.phillysoapbox.org.

As a mixed media artist, Jamaine Smith is quite comfortable with getting his hands dirty and combining traditionally distinct mediums to create meaningful work. With a background in the arts, higher education, non-profit administration and social work, Jamaine uses the same creative approach to add efficiency, innovation, and a dash of “pretty” to the work of organizations and individuals alike. Guided by the belief that everyone has innate worth, dignity, and their own “slice of genius” (coined by Dr. Linda Hill in her book “Collective Genius”), Jamaine’s ultimate goal is to aid others in identifying their unique talents/skills and accessing the resources needed to live their most authentic, purposeful life.

Jamaine is currently the Trust Director of CultureTrust Greater Philadelphia (a program of CultureWorks Greater Philadelphia), a move in ready “charitable home” offering a bundle of core management and fiscal services to the arts, culture, and heritage sector of Philadelphia and surrounding regions. Prior to CultureTrust, Jamaine held positions at Philadelphia University and BuildaBridge International. Jamaine has facilitated workshops on leadership, arts-based educational practices, and diversity and inclusion locally and internationally.

In his position as Education Programs Manager, Kevin Schott works closely with the Penn Museum’s volunteer docents. His educational experience includes classroom teaching in the U.S. and abroad, as well as positions at the Museum of the American Philosophical Society and National Liberty Museum. A life-long student himself, his practice includes a focus on experiential learning and visitor-centered programming. He holds a B.A. in History and Secondary Education and an M.A. in Museum Education from the University of the Arts. 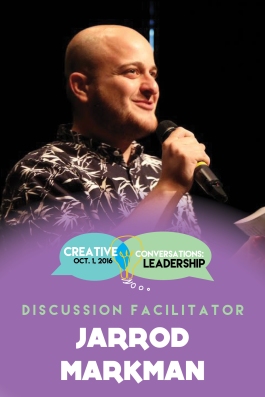 Jarrod Markman is a Philadelphia based arts-administrator, director and connector. He serves as the Fringe Festival Coordinator for FringeArts, the Executive Director of DVAA, and as the Associate Artistic Director of Simpatico Theatre. He is a graduate of the University of The Arts. 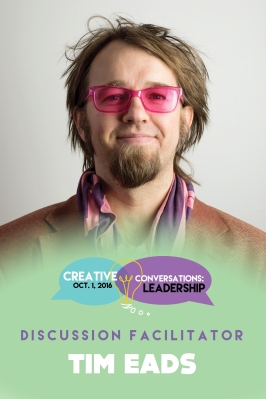 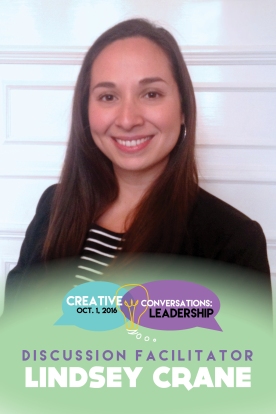 Lindsey Crane is currently the Managing Director of Intercultural Journeys, a performing arts organization with a mission of promoting peace and social change through artistic practice. Previously, Lindsey held positions with The Academy of Vocal Arts, the Berkshire Theatre Group (Stockbridge, MA), and Scotchtown, a historic home owned by the Association for the Preservation of Virginia Antiquities (Richmond, VA). Lindsey grew up in Doswell, VA and received her bachelor’s degree in international relations and psychology from the College of William and Mary. She has lived in Philadelphia since 2010 and received her master’s degree in arts administration from Drexel University. Lindsey is an active member of the Philadelphia arts and culture community. She has served on numerous grant panels for the Philadelphia Cultural Fund and Pennsylvania Partners in the Arts. In 2014, she joined the Drexel University Arts Administration Program as an Adjunct Faculty Member. When not enjoying the many wonderful things happening in the Philly cultural sector, Lindsey likes to work on charcoal drawings and can be found running along the Schuylkill trail with the good folks from Students Run Philly Style.

Cara Blouin is the Art Pastor at the Art Church of West Philadelphia. She is also a freelance director and new-play dramaturg whose original plays Pink Punch and Sorry, Broken Piano premiered this year. She is best known in Philadelphia for producing Dan Rottenberg is Thinking about Raping You and The Republican Theater Festival. Other Philadelphia credits include Josh Hitchens’ The Legend of Sleepy Hollow(Curio Theater,) and the world premiere of Joy Cutler’s Pardon My Invasion. She also directed Afterlife and Glossolalia, both finalists in the Samuel French Off-Off Broadway Theater Festival (NYC). Cara is the facilitator of the Souls of Black Folk series for new plays at the Painted Bride Art Center and has served as a teaching artist at Drexel University and the Community College of Philadelphia. She was the founder of the New York-based Stone Soup Theater Arts, and the Universal Culture School in Hunan, China, which teaches English to Chinese teenagers using an arts curriculum.

Nicole is very active in her community and serves on multiple boards that highlight her passion for the arts and increasing civic and political engagement among millennials in Philadelphia. In 2013 she and her husband founded the Pattison Leader Ball. Named after the two youngest governors in Pennsylvania, the Pattison Leader Ball is held on the night of the annual Pennsylvania Society dinner and brings together a diverse group of young, civically-minded and politically-motivated professionals for an evening of networking and discussion about the future of Pennsylvania policy and politics. Since founding the ball, Pattison Leader has hosted other events throughout the year that engage millennials in the political process, including the city’s first Petition Pitch Party for the 2015 mayoral election. 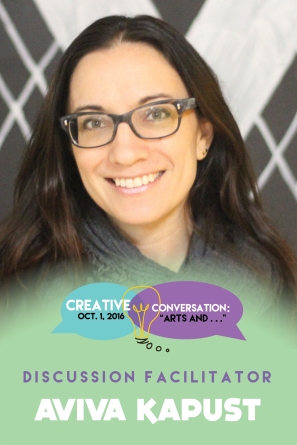 Aviva Kapust is a designer, educator and advocate for equitable revitalization in underserved communities. She serves as Executive Director at The Village of Arts and Humanities where she has developed model, arts-based community development initiatives that innovatively address the tremendous socioeconomic challenges facing youth and families in North Central Philadelphia. During her tenure, she co-founded and designed The Village’s SPACES Artist-in-Residence Program, CRED Philly Magazine, PhillyEarth Community Sustainability Leaders Program, and Creative Impact Studios Youth Program—all of which have received national recognition and significant financial investment for their impact and ingenuity. Before working at The Village, Avivaworked as an award-winning Creative Director and designer at advertising agencies in New York, San Francisco and Los Angeles and as an adjunct professor at Temple University in Philadelphia.

Want to get involved?